CEO of Antifa, Inc. Admits Buffalo Franchise Has Been Recruiting From Nursing Homes

SOROS HQ, LITERAL AND ACTUAL HELL — In a stunning and completely unforeseen development, Bob Antifa, Chairman and CEO of Antifa, Inc., has issued a statement acknowledging and admitting that his terrorist organization has been recruiting and radicalizing 75 year olds at their Buffalo franchise recent weeks. It would appear that this surprise announcement was perhaps spurred into action by a tweet sent from the Commander in Chief. 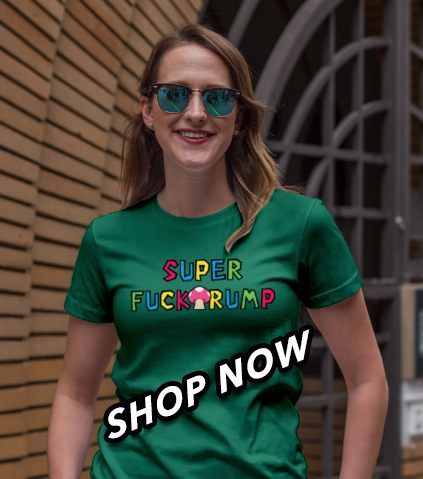 Buffalo protester shoved by Police could be an ANTIFA provocateur. 75 year old Martin Gugino was pushed away after appearing to scan police communications in order to black out the equipment. @OANN I watched, he fell harder than was pushed. Was aiming scanner. Could be a set up?

In the statement, Antifa comes clean about their push to bring in as many senior citizens into their ranks as possible. The statement indicates that Antifa tried to keep their plans under tight seal for a long time, but that the “clearly amazing detective work of the country’s most gifted and stable genius” threw all that out. Now, Antifa says they realize they must be “transparent” with the American people.

“It was bad enough that Trump and his cohorts figured out our super-secret corporate org chart,” Antifa wrote, “but for them to catch onto our plan to radicalize senior citizens? That’s might be the end of Antifa as we know it.”

Mr. Antifa explained that his terrorist group has been visiting nursing homes in the Buffalo area for weeks, laying the groundwork for a recruitment push.

“You know, when my staff first started asking me about recruiting people in their seventies, I thought they were nuts,” Antifa told reporters later in the day, after the statement had been sent to dozens of media outlets. “I told them that I felt Antifa should always be made up of the people the right says we are: white, soy latte drinking betacucks in their late 20’s with gender studies degrees.”

Antifa was concerned that seniors might not have the vim and vigor they need to bring America down from within. Recent college graduates, Antifa believed, had a lot of spare time and would be rife for the brainwashing after they’d all been brainwashed with four years of college. But, Antifa divulged, he eventually came around to their line of thinking.

What Antifa wasn’t expecting, however, was for President Trump to blow the lid off the whole operation.

“People might be surprised how often morons guess things correctly,” Antifa said, “and our president is the biggest moron around. So when he gets things right, he really gets things right.”

Trump’s attacks on Antifa have ramped-up in recent weeks as protests over the killing of an unarmed black suspect in Minneapolis have grown worldwide. The president has long positioned himself as a “law and order” president, despite being suspected of committing serious crimes both before and after he took office. Antifa are a particularly strong source of angst and condemnation from Trump and his base, and just last week this outlet reported that Trump blames Antifa for a slew of his problems, namely his small hands, mangled dick, and obsession with a superior black man.

“Fascism is good, when Republicans practice it,” Senator Ted Cruz (R-Trump’s Cock Wart) told reporters this afternoon, “so to be Anti-Fascist right now is to be un-American frankly to the point of being brought up on charges of treason. If the Democrats and their allies in the Lamestream, Super-Communist-Yet-Very-Interested-In-Corporate-Profitability-Fake-News press were to cover it right, the whole country would finally see that the fascists are the good guys. But we’re not even fascists, just because we use violence to enforce our power of you! Fascism is being told we can’t sue a transgender person for pooping in a closed stall next to us!” (AltFacts)

Rumors are that Antifa, Inc. plans to recruit even older Americans. On the White House lawn this morning, President Trump was seen pacing and “light off a few squeakers after second breakfast.” As he farted, the president explained what the latest intelligence indicates about Antifa’s recruiting efforts.

“We’re being told that ANTEEFAH is going to start recruiting people so old they’re dead,” Trump said. “Apparently, and we’ve just been told this, a bunch of Antifa punks wormed their way into our GREAT MILITARY, which I personally saved and re-stocked full of guns and ammo and other things that go boom and pew-pew, and they were even there on D-Day! Most of those men are dead now, and how sad is it that Antifa’s been recruiting dead people!”

More: Trump Threatens to Throw His Bone Spurs at Mattis