COLD CAVE HILLS, TENNESSEE — Right-ing Youtube star, podcaster, singer/songwriter and frequent AltFacts video segment contributor Jethro Bohiggins announced this weekend that he’s beed positively diagnosed with “the COVID.” Bohiggins said that while his symptoms have been “pretty mild,” he didn’t want to take any chances and had himself tested for the novel coronavirus a few days ago. On Friday, Jethro got the results of his test from his doctor, who confirmed they were positive. 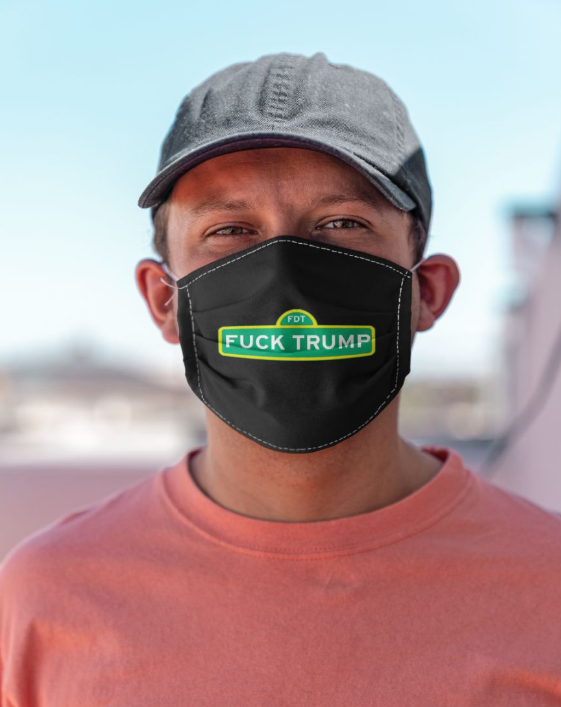 Jethro told his audience that he was “pretty mightily” confused how he could end up testing positive for the coronavirus. To begin with, he was under the impression that President Donald Trump would protect Americans from the virus with the help of his southern border wall. Secondly, Bohiggins believed that since he’d swallowed all the snake oil Trump had offered Americans over first three years of his presidency, that it would give him immunity from “all sorts of ailments.” Finally, Bohiggins believed that Vice President’s Pence’s coronavirus task force would show him the proper ways to pray away COVID-19.

Bohiggins explained that when word first broke about a new deadly pandemic outbreak, his first instinct was to shelter in place, not leave the house unless he had to, and to generally keep himself away from others not in his close circle for awhile. He said it felt “like common sense at first.” But then, President Trump seemed to make it seem, to Jethro, that the hysteria surrounding COVID-19 was misplaced.

None of that came to pass, however, and now Bohiggins says he’s dealing with not only what the coronavirus is doing to his health, but what contracting it has done to his mental health.

“This is what I don’t get fam, for reals now. I don’t get how I even got sick in the first place, coronavirus or not,” Bohiggins explained. “I mean, I was told by our Dear President Trump that he would protect us with his magnificent border wall. He told me, and millions of fellow MAGA-boys and MAGA-Broads like me that his wall would protect us from anything that could try to harm us. Now, I’m sick. How the fuck did that happen, I wonder? Well, I got a couple of guesses and they both rhyme with ‘Sleepy Joe Biden and the DEMONRat Party of Libtards Doing a Coup,’ fam!”

Mr. Bohiggins’ confusion is amplified, he explained, by the fact that he also has been “swallowing Trump’s snake oil without question” since Trump announced he was running for president. Jethro believed that every time he “gulped down whatever Trump was saying” to his base, he believed he was getting himself “inoculated from libtardia and any other sickness out there.” Now, though, he’s tested positive for the coronavirus and he’s not sure how to take that news.

“Does this mean that Trump’s snake oil ain’t the magic cure-all he said it was? How could that be? How could a man with a successful steak company, successful bottled water company, and who also owns the most successful and profitable casinos in Atlantic City not be trustworthy,” Jethro asked rhetorically. “I just absolutely hate it when facts don’t line up with what I felt the facts were, don’t you? Such confusing times we live in, fam!”

Jethro says that despite that fact that he got sick after the president publicly downplayed the seriousness of the outbreak,  he’s willing to try “whatever Trump says” he should in order to heal himself.

“If he tells me to drink bleach and jump off a bridge to get rid of my COVID, then that’s what I’m gonna do,” Bohiggins proudly declared. “I’m a MAGA Boy. I’m a Trumpist. He says for me to jump, and I will throw myself off any building, cliff, or airplane I happen to be on at the time.”