It’s news none of us want to get. According to published medical journals, however, it’s ness that one in every seven billion people suffer from, and word is that former White House senior racism adviser Stephen Miller’s one of them.

“This morning, we told Mr. Stephen Miller that all of the tests have come back positive,” Dr. Benson Hornaydieux of St. Hitler’s Memorial Hospital told reporters this morning, “and I can say with certainty he suffers from Chronic Abacterial Looklikeadickitis. It’s a rare congenital disease that makes everyone it afflicts look like a penis for the rest of their life.”

Showing the assembled press various pictures of Mr. Miller from various angles, Dr. Hornaydieux explained that CAL is a “vicious infection” and that it’s “made worse with every xenophobic, racist comment” made by whomever has it.

“In Mr. Miller’s case, we’re finding that writing racist speeches accelerates those effects, and writing and promoting racist government policies accelerates it even further,” Hornaydieux explained. “So, writing a policy that pulled kids out of their parents’ arms and threw them into concentration camps broke Stephen’s genetic code, and permanently altered his DNA so he’ll look like a dick on the outside to match the dick that he is on the inside.” 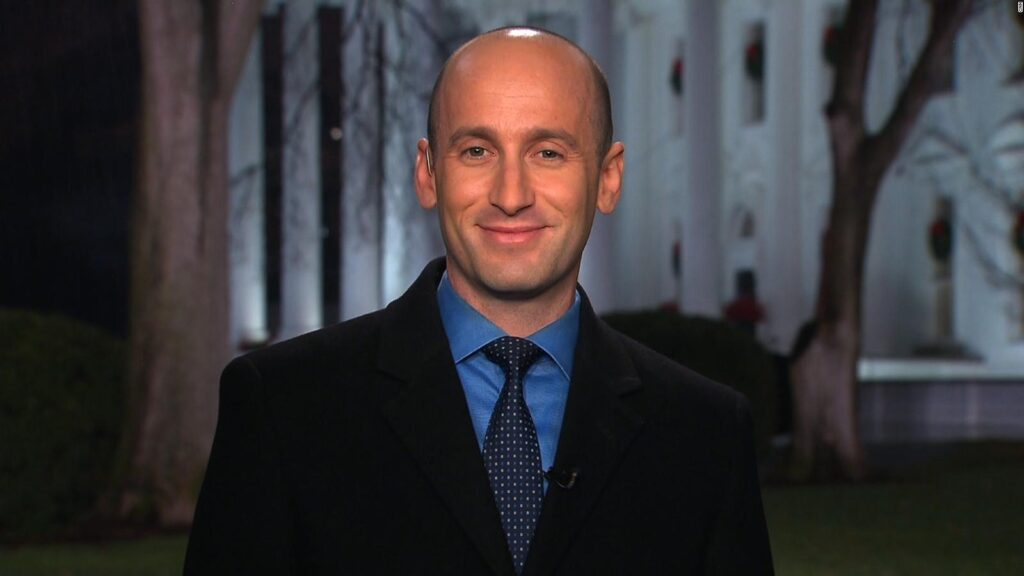 While there are no known cures or treatments for CAL, Dr. Hornaydieux says that all is not completely hopeless for Miller.

“A lot of people who look like, or are in fact, dicks, live very successful lives. Mr. Miller seems to be proof of that himself,” Hornaydieux said. “He’s the biggest dickhead — that’s the medical term we’ve created for people who suffer from CAL — I’ve seen. Despite that fact, he’s held down a very lucrative, six figure job for the past four years, and we hear that the local White Castle franchise said they’re going to give him a second round of interviews, so things are really looking up for Stephen.”

Stephen Miller could not be found under the bridge we usually find him under, so he did not provide comment on this story.

MORE: Al Franken Offers to Fill-In for Gaetz While He Figures Out That Whole Sex Trafficking Thing