WASHINGTON — Just mere hours after an Ohio man was indicted for plotting to poison Speaker of the House Rep. John Boehner (R-OH) at a country club the congressman belongs to, another shocking news story broke involving someone attempting to poison Speaker Boehner. At the time of this article’s submission, the exact details on the suspect have not been released by authorities, but a general description as well as the suspect’s occupation and title in the state of Ohio was released at an early morning press conference by Lt. Juan Pedro Trenfria.

The suspect is described as an apricot-skinned man in his mid-60’s. The tangerine-toned man is also described as being roughly 6’2″ tall, around 220 pounds in weight, and he is reported as smelling like Barclay cigarettes, Old Spice, lime and quinine. His breath is said to be fully ignitable. Some close to the investigation say that the carrot-husked man is fond of anything that contains at least 35% alcohol by volume. Police have said that by their investigation they’ve come to call him “The Most Powerful Drunk in Ohio.”

There are some similarities between the bartender indicted for trying to poison Boehner and this new suspect. Both men allegedly prefer to use alcohol as their form of delivering poison. But there is one key difference, says Trenfria. “While the original suspect was planning to put additional toxic compounds into Speaker Boehner’s cocktails, this new, pumpkin-hued suspect seems to be relying only on the booze itself to poison the Speaker.”

Trenfria went on to say that while the bartender with a documented history of mental illness may not have been plotting for very long to poison Mr. Boehner, the vermilion-complected new suspect has clearly been poisoning Speaker Boehner for years now. “What we’re coming to realize is that this second, gamboge-shelled suspect has been at it for decades by all accounts. The drinking age was only 18 when this guy got his start, so he’s been poisoning Mr. Boehner for almost 50 years at this point.”

It’s unclear at this time whether Ohio officials will move to indict this second, mysterious, orange man. Trenfria says this is because they “can’t tell if the orange guy and Boehner are friends or if they secretly despise one another.” Lt. Trenfria announced at his press conference that for right now the police will simply keep a close set of eyes and ears to the ground as they try to figure out if the mysterious cantaloupe-skinned man’s connection to Speaker Boehner.

In the mean time, they ask that the public keep an eye out for this man, as he has shown no signs of stopping. Trenfria claims his police force has direct evidence that the orange man poisoned Boehner on Thanksgiving and Christmas of last year, as well as New Year’s Day this year. He has also allegedly poisoned Boehner nearly every day this month, though it’s unclear if he’s only doing it on days that end in “Y” or if there is another methodology he is employing.

Below is an artist’s sketch, released by the police in Ohio, of their new, tangelo-tinted suspect. If you see this man, do not approach him unless you are willing to offer up some kind of alcoholic spirit in tribute. He is to be considered Republican and extremely regressive. Proceed with much caution. 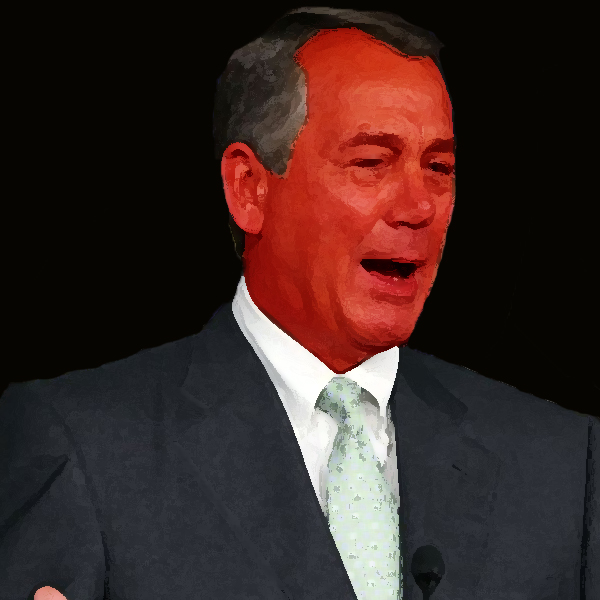