While Mr. Giuliani has yet to explain the cryptic, one word tweet, this morning he made two television appearances — one on CNN and one on Fox News — that could potentially cause his client even more headaches. In both appearances, Mayor Giuliani seemed to shift the Trump team’s story, moving the goalposts and stating that he’s “not sure” if collusion is a crime. This is a stark contrast from previous statements and flat denials of collusion from the White House.


As the mid-term election draws closer, Trump’s attacks on Special Counsel Robert Mueller and his investigation have ramped up. Giuliani’s TV interviews have also drastically increased. While many legal scholars have wondered aloud if these appearances are doing more harm than good for his client, Giuliani told reporters outside the Fox News building this morning that he thinks quite the opposite is true, and he said he’s “having one of hell of a time” doing what he’s doing.

“This has been the most fun I’ve had since 9/11, are you kidding me? My face has been plastered all over the place, just like back then,” Giuliani said. “You could say I’m really 9/11-ing up the president’s case, huh?”

Giuliani explained that he didn’t mean he was knocking down Trump’s case, as one might think from that kind of statement.

“Oh no! I just meant that I’m treating this case like I did 9/11 and making it all about me,” Mayor Giuliani said. “I’ve been kinda known as Mayor 9/11 for a long time because I went from being a stoic force in the face of tragedy to an attention seeking fame whore who used his experience that day to pretend he’s an expert on every other subject. It was always, ‘9/11 this’ and ‘9/11 that’ and ‘9/11 in a big black hat.'”

It’s unclear whether Mr. Trump will continue to have confidence in the strategy that Giuliani is using, and in fact he seemed to signal in the Oval Office this morning that he was indeed growing wary of his new attorney already.

“Look, Rudy’s a good guy, okay? Of course he is! I hired him! And I only hire the best…until they turn out to be rats who record me. But otherwise, I only hire the best,” Trump told reporters with a Diet Coke in one hand and a freshly grabbed pussy in the other. “But I don’t like this notion of Rudy making everything about himself. I think he should remember the very first rule of working with Donald Trump — Donald Trump is the most important person always. No exceptions.”

Trump would not confirm or deny if he was thinking of changing his legal team once more. This story is developing. 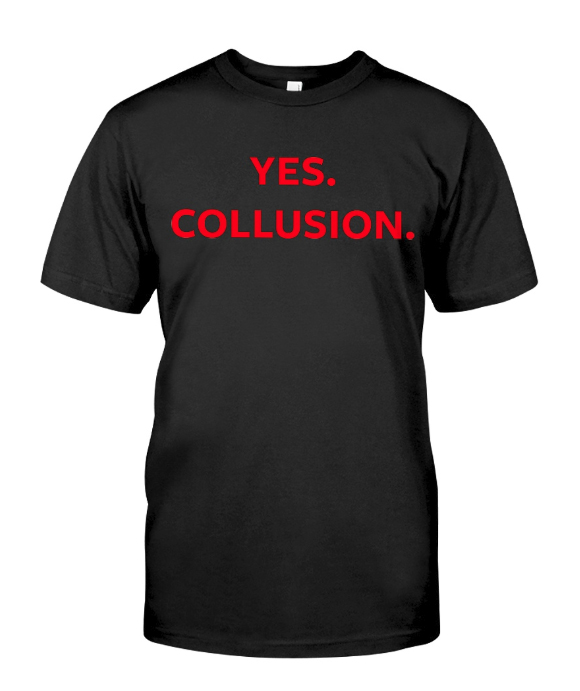