WASHINGTON, D.C. — For the last several days, American right-wing politicians and pundits, apparently in conjunction with thousands of Russian Twitter bots, have been pushing the hashtag, #ReleaseTheMemo.

The hashtag refers to a now infamous memo written by Rep. Devin Nunes (R-CA), alleging serious abuses of the FISA program to spy on Americans. Up until now, the contents of the memo have been secret, though several Republican lawmakers claim to have seen it and say it contains extremely damning charges against the Barack Obama administration. Late this afternoon, however, a copy of the memo was found at a D.C. area Burger King, under a place mat covered in ketchup, and it was eventually leaked to various news outlets.

One of the outlets that received a copy of the memo quickly sent it to a very science-y sounding laboratory, to have a battery of tests run on it.

“We analyzed the memo and have determined it was written by a pair of very small hands. You might say impish. I may say childlike, but in the end the truth is that some small-ass hands wrote this,” Dr. Gary Smeyers told reporters this afternoon.

Smeyers is a leading fellow at the Institute for Studying Stuff ‘n’ Shit, and he says he and his team have also determined the FISA memo was written in a very specific color and type of crayon.

“It’s a color called Imperial Orange, and it’s made by Pastel Pravda, a Russian crayon company,” Dr. Smeyers said. “We can also tell from the penmanship it was held in a small, closed fist, in the way that one might hold a dagger.”

It’s not clear whether there is more to the memo than what was leaked to the press, which was a single page on lined notebook paper. 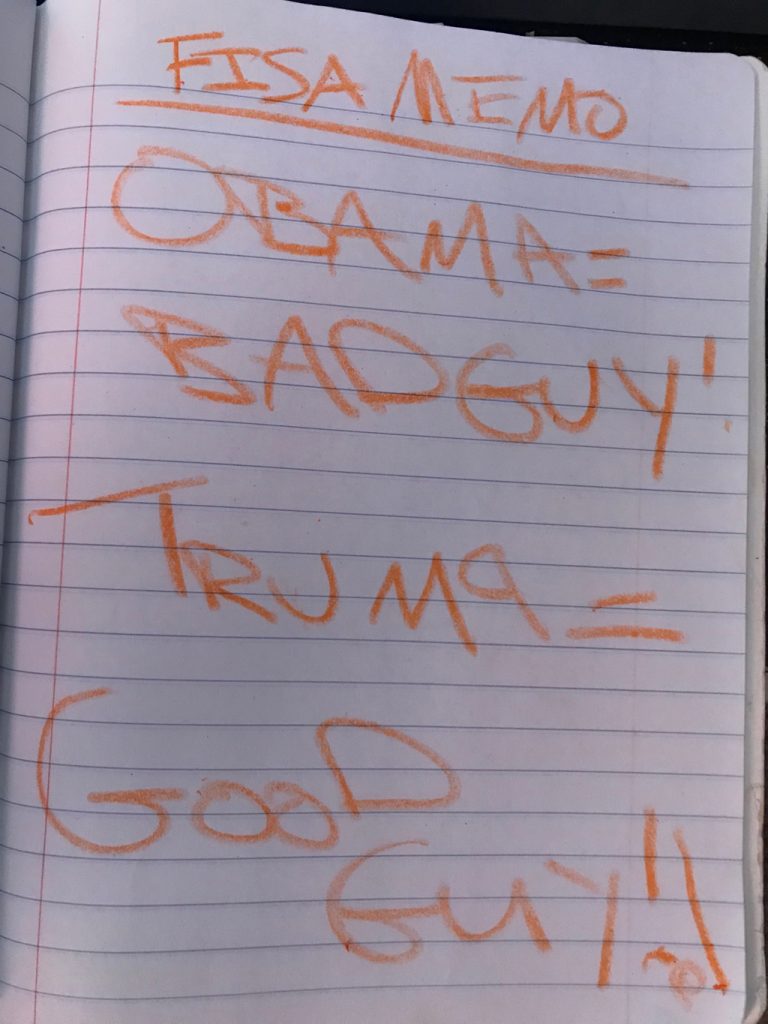 Some on the Hill have questioned the validity of the memo, saying that it appears to be a partisan defense of Trump that also seeks to undermine the American peoples’ faith in the FBI and Special Counsel Robert Mueller. Mr. Mueller has been investigation potential collusion between Russia and Trump’s presidential campaign, and has also been looking into whether Trump potentially obstructed justice during the period of time leading to, during, and after James Comey was fired as FBI Director.

Reached for comment, Rep. Nunes says he’s “super bummed” the memo leaked before he could “re-write it and make it sound even more worser.”

“But one thing is for sure, guys,” Nunes told reporters, “I am the only person who wrote that memo. Definitely no one else wrote it for me and gave it to me to pretend it’s mine. It’s not like I’d try to pass off a memo in someone else’s handwriting. I’d possibly get thrown out of Congress and you wouldn’t want that would ya…WOULD YA?!”