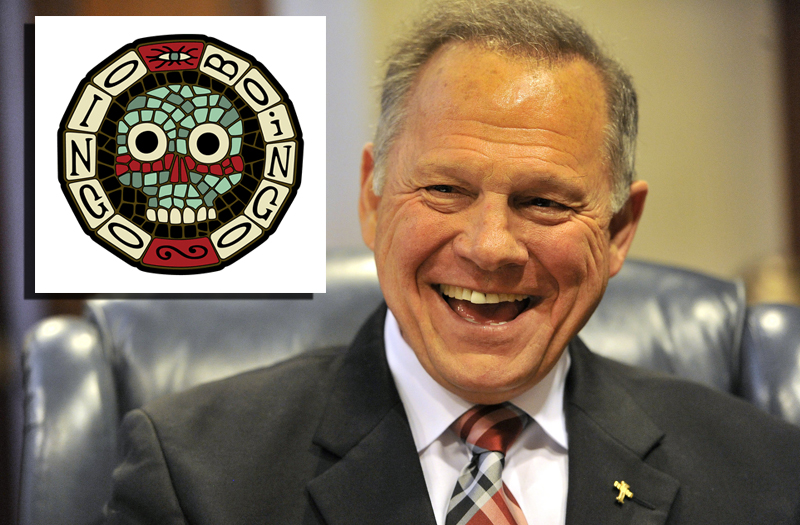 POLANSKEE, ALABAMA — The special election to fill Attorney General Jeff Sessions’ former seat in the Senate is just a few days away down in Alabama. Perhaps in a last ditch effort to drum up excitement about his campaign that has been bombarded with negative press attention, Republican Judge Roy Moore has announced he will start a “rock and roll tribute band” dedicated to covering the songs of 1980’s group Oingo Boingo.

“I’m really pleased to announce that my tribute band, Oingo Bango, is ready to start touring the middle schools and strip malls of this great state,” Moore told an enthusiastic rally crowd this morning. “And we’ll play all the hits of Oingo Boingo!”

Mr. Moore then gave a rundown of the set list for his group, paying homage to the band that was fronted by composer Danny Elfman.

Moore says that he has purchased a special touring van for his band to move around the state in.

“It might look like a beat up old Astrovan,” Moore admitted. “But, I think the spray painted ‘FREE MUSIC AND HANG OUT ZONE’ will put everyone’s mind at ease, and they’ll immediately know it’s me. This’ll be a real gross man’s party, and who could ask for more?”

Mr. Moore said that as excited as he is to have Oingo Bango start touring, with the election so close, the plans may change.

The crowd cheered as the trumpets of Hell could be heard somewhere off in the distance.