LAKE PROPAGANDA, MICHIGAN —  The online satirical publication known as The Babylon Bee has decided to stop publishing fake news stories aimed at a decidedly conservative audience, and instead has registered as a church instead.

Kyle Mann, the outlet’s editor in chief, will become the church’s new Head Bishop. The change is said to be mostly in title only.

“Oh, Kyle won’t be expected to do much anything differently than he’s doing now,” one source told us. “We’re not going to expect him to like, be funny to non-heartless people or real Christians or anything. We’re not totally insane. No need to reinvent the unfunny, hackneyed wheel.”

Mann explained that fans of the Bee should not be too surprised by this change in creative output. He did so to reporters from several right-wing outlets owned by journalistic titans like disgraced former Secret Service agent, failed congressional candidate, and New York Times bestselling sweaty Trump fanfic author Dan Bongino and Laura Ingraham.

“Look, the dude who started this garbage dump of a satirical outlet sold his stake in it to go start a Christian news service,” Mann explained, “So that should kinda tell you we’ve absolutely never been interested in doing what satire is meant to do, which is speak truth to power, no matter who the powerful are.”

Seth Dillon, the Christian entrepreneur who bought The Babylon Bee from its founder, also gave some of his own insights into the thought process behind this move.

“Well, like all good American Christians we decided a long time ago to not practice “Biblical,” or “Cucked” Christianity as we like to call it. That’s why we write more stories equating abortion to infanticide than we do excoriating Republicans for being greedy pig whores who the real Jesus would have bitch-slapped and called Pharisees. Becoming a church just lets us be less duplicitous and deceitful, and more out in the open about it.”

The decision to convert to a church is also based on a lot of financial considerations, Dillon said.

“We tried at first to do a subscription service and play the Christian martyrdom game by saying Facebook was punishing us for our pro-Christian views,” Dillon said. “That didn’t work when people started laughing so hard they peed their pants and flooded us with pictures of the pee-soaked pants. Luckily, about the same time, we realized we could save even more money if we fired all our writers and just literally posted up a new bible story with a short paragraph about how only Republicans are good people at the end. So here we are.”

Mann says that a fan of satire that follows his outlet’s work would have noticed “almost right away” how “very not satirical and straight-up propagandized” the stuff he and his staff were publishing could be.

“Look at our headlines for goodness sake! We’re’ out there making fun of all the Democrats in the 2020 race, but we all know Trump won out of a giant field of sixteen candidates,” Mann laughed and pointed out. “And that’s just our clear political biases. Our headlines on abortion read like the most God awful of Bible Camp ‘skit’ fodder. Even Rush Limbaugh thinks the humor in our abortion coverage is hideously reductive and scientifically bone-chillingly stupid-tastic.”

A small sampling of recent articles, below: 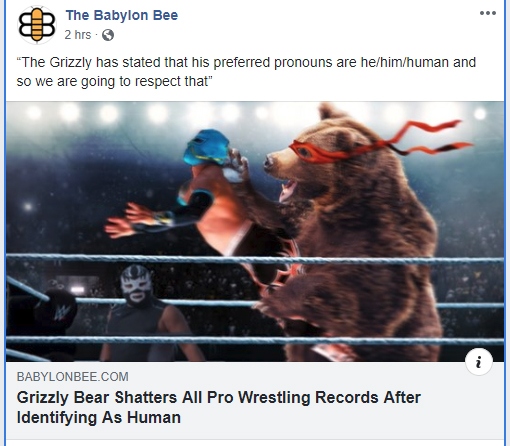 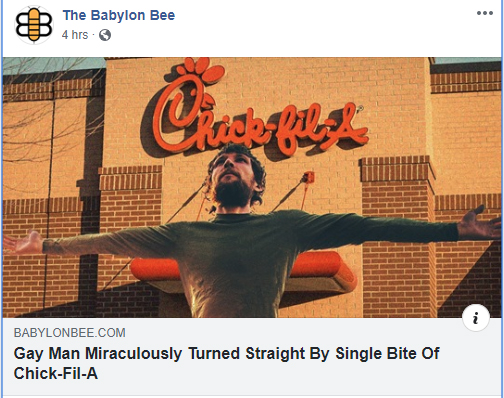 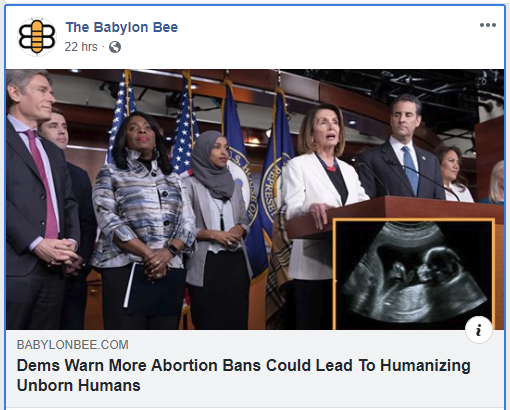 “Satire is, at its core, supposed to expose the truth and hold it up for examination,” Mann said, directing the conversation toward the new religious group’s formation. “What we do is reinforce modern conservative Christian views. You know, just like a church. I defy anyone to look at how we cover abortion, and how official newsletters from different Catholic dioceses cover it, and point out anything you see different.”

Up next for Mann and Dillon? Securing the private jet they’ll need to preach their doctrine, and buying some pews.

“We’re gonna build one of those huge mega tax shelters — er excuse me, churches, mega-churches,” Dillon said, “with its own airport so we can take off and land our missionary private jet when we take it on our missionary vacation trips to Universal Studios. Praise his name.”

Mann promises that fans of the Bee’s comedy will still enjoy the content they produce.

“Most of our fans won’t be able to tell the difference between what we put out now and what we used to call satire,” Mann said. “So we’re not too worried about it, no.”