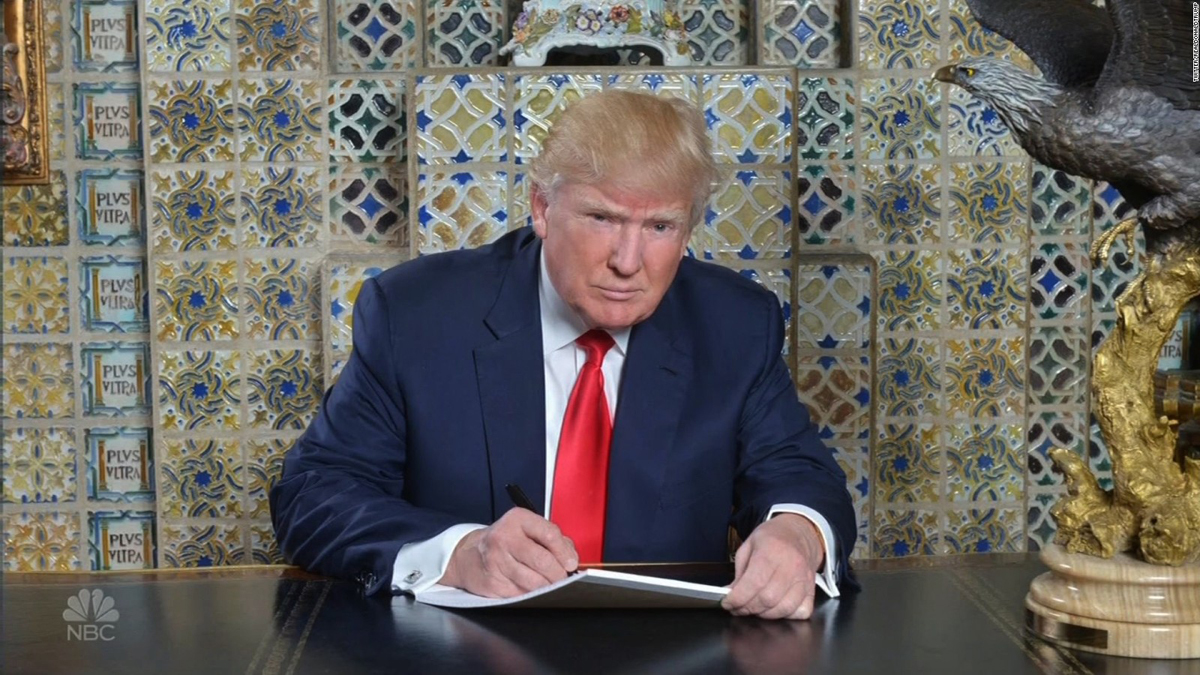 WASHINGTON, D.C. — As the country girds its collective loins for the knockdown, drag-out political fight that replacing outgoing Supreme Court Justice Anthony Kennedy will almost certainly invite, the man who will nominate his replacement is trying to calm the nerves of Americans about the looming debate.

“I just want everyone to know I’m going to take this as seriously as I took my preparations for the summit I had with Kim Jong Un — which of course we know has already brought about total and complete, permanent world peace,” Trump told reporters. “Total. And. Complete. World peace. I know, I know. But you don’t need to keep ripping open into yuge applause every time I mention it, folks.”

There was no one actually applauding at the time.

After fifteen minutes of explaining why his hands are so big and why he is literally the smartest human ever, Trump got down to the business at hand.

“What? What’s that? Oh, right, of course, yes, the burrito supreme judge,” Trump said with misplaced confidence. “I just want every American to know I will pick a sensible, middle of the road candidate.”

MORE: Trump Bans FBI Agents’ Personal Opinions That Align With Pretty Much Most Of The Country

The reporters in the Oval Office seemed visibly stunned. One reporter asked Mr. Trump if he had really meant to say he’d choose a moderate.

“We all know who elected me, and we all know the kind of person they want me to pick,” Trump said. “They want me to pick someone who understands it’s important to regulate every vagina but none of the guns, and who will make sure that corporations are not only people too, my friend, but that they are given probably more rights than the actual humans whose government’s permission is how corporations are formed in the first place.”

The president cracked open a Diet Coke and pulled a bucket of KFC from the hot drawer he had put into the Resolute Desk.

“So he’ll just be a nice, middle of the road relic of a bygone era with ideas that led to progressives having to solve the messes they create decades ago,” Trump said. “And of course whoever I pick will need to take the loyalty oath…to me. Not the Constitution, that sounds stupid. Why would someone pledge to defend and uphold a piece of paper? Dumb.”