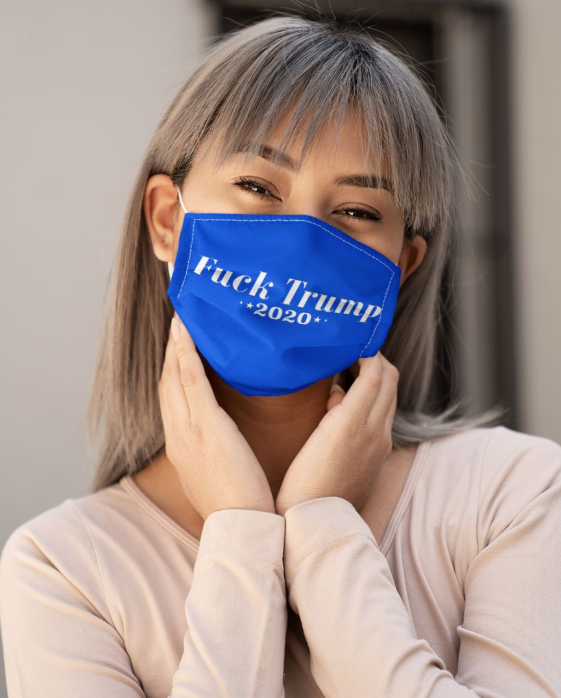 Chappelle’s new special is titled “8:46” — a reference to the time it took for a police officer to kneel on George Floyd’s neck and kill him. He reveals however, that’s also the time of day he was born, listed on his birth certificate. In a powerful, roughly half-hour long set, Chappelle directly addresses Floyd’s killing and the ensuing protests — some of which coincided with violence, rioting, and looting — and in particular spoke about Owens and another right-wing personality, Frau Laura Ingraham of the Fox MAGA Propaganda Department.

“She’s the worst, I can’t think of a worse way to make money,” Chappelle said about Owens just before also adding, “She’s so articulate, she can tell you how fuckin’ stupid she is PRECISELY.”

Chappelle’s special is the first he’s released since the COVID-19 pandemic caused most of the comedy clubs in the country to shutter to help stop the spread of the disease. The audience is seen using new social distancing guidelines, such as wearing masks and with several feet of distance between small groups of people. Chappelle showed Owens no mercy, and the president believes he should be “held accountable in a court of law for his crimes of hilarious truth telling.”

“How dare he?! That uppity ni — comedian — attacked one of my House Urbans? I don’t think so,” Trump shouted at reporters as he farted up a storm on the White House lawn. “He slayed her. He absolutely slayed her. And other than me, no one is above the law in this country. Anybody who slays another person stands trial for murder in this country!”

Mr. Chappelle absolutely laced into Owens for trying to help white Americans ignore Floyd’s killing by bringing up his arrest record. In a viral Facebook video, Owens attempted to downplay the injustice of Floyd’s killing using his past deeds. Chappelle, however, was having none of that.

“I don’t care if he personally kicked Candace Owens in her stanky pussy,” Chappelle insisted before jokingly conceding, “I don’t know if it stanks but I imagine it does. If I ever find out I’ll let you know for sure, I’ll tell like Azealia Banks, I’ll tell.”

Trump also decreed that Chappelle should be charged for “bringing up Candace’s pussy like that.”

“It was almost like he grabbed her by the pussy, and I’m sorry but you don’t usurp my powers,” Trump shouted. “Not on my watch, you don’t! I have hereby ordered Billy Barr to personally arrest Dave Chappelle for slaying Candace and talking about her grift so rudely! I have a great interest in protecting all grifts, cons, and shams in this country, and I will defend Candace’s right to dupe morons into giving her money until my dying breath.”

Chappelle knocked Owens hardest for implying that Americans believed Floyd was a perfect person, and that’s why he has been turned into a hero of sorts. Chappelle quite forcefully pushed back on that notion. He believes that it was Floyd’s murder that made him the hero, nothing else.

“She told George Floyd’s rap record, on the Internet. Oh, he was a this, he did that…he’s a drug addict. He’s not a hero, and why does the black community make him a hero,” Chappelle quipped. “Why do you choose him as a hero? We didn’t choose him, you did! They killed him, and that wasn’t right, so he’s the guy. We’re not desperate for heroes in the black community. Any n**ga that survives this nightmare is my goddamned hero.”

The Department of Justice declined to comment on this story.