WASHINGTON, D.C. — Today, President Trump continued his administration’s all-out blitz on AntiFa, a very loose organization of people dedicated to fighting fascism. Though the group has no official structure, many of Trump’s most ardent supporters have been pushing him to designate the group a “terrorist” organization for years, claiming that they’re the ones behind a rise in violence in the country since Trump took office. The administration’s own FBI, however, has thrown some cold water on those arguments, citing statistics that show a massive spike in far-right violence and domestic terror activity in the same time period. 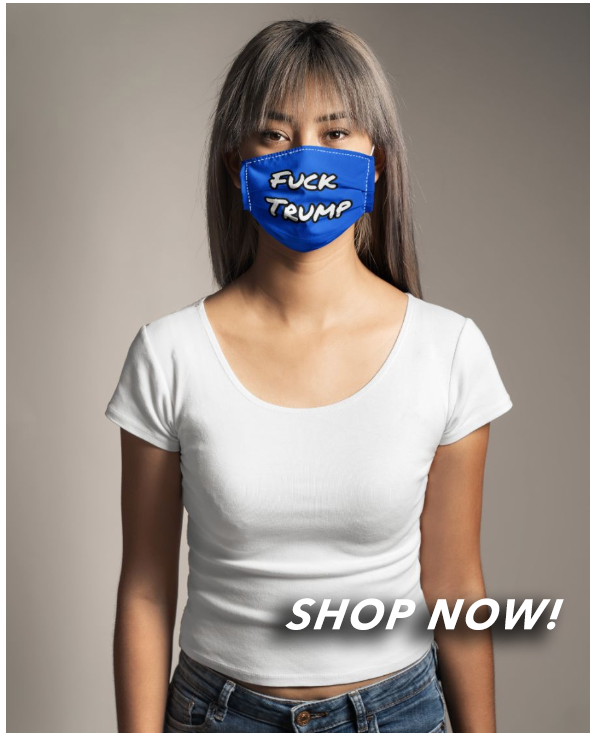 Speaking to reporters as he “walked out the lunch farts” on the White House lawn, President Trump railed against AntiFa and said that the group has “gotten away with poisoning people against America” for too long. Trump accused AntiFa of using “Hollyweird libtards” to make what he called “outright propeller-ganda.”

More: Trump: “This Book Has Absolutely No Pictures of Titties In It”

“They do it! They really do! They make this full-on, outright propeller-ganda, and they want the American people to think of being anti-fascist a good thing, if you can believe it,” Trump said while letting out a particularly squeaky and putrid fart. ”

Trump then started listing the various films and television shows he is convinced are actually AntiFa propaganda.

“Have you seen that horrible film, Saving Private Ryan? First of off, you call your film that,” Trump shouted, “and you better have some privates in it. But I didn’t see a single pussy, and not even a tit or two! False advertisement! But more importantly, all these little AntiFa thugs were violently storming a beautiful beach in France, and killing these very fine people in German uniforms! RUDE!”

The president dug his underwear out of his rear end after cutting a particularly wet fart. He sniffed his finger, and put it in press secretary Kayleigh McEnany’s face. She smelled it, smiled, told him it “smells like strawberries,” and Trump continued to rant.

“That’s not all! There’s this really horribly violent movie where a lot of my good friends die for no reason, and it has a cuss word if you can believe it in the title,” Trump screamed. “Inglorious Basterds! Can you believe it? I cannot believe they’d put a cuss word in the title, and the government let them! As Christian America’s favorite president, I cannot tell you how fucking outraged I am at their cuss mouths!”

The most offensive pro-AntiFa propaganda he’s ever seen, however, is an action-adventure film starring Harrison Ford, Trump said.

“These India Jones movies! Holy cow are they offensive to me! And I love India,” Trump said. “It’s such a lovely country! But at the end of one of the movies, dozens of very fine people get melted, blown up, and then their mortal souls are sucked up into the sky! What kind of barbarian bullshit is that?”

The president announced that he is having Attorney General William Barr “look into” whether he can ban all material he considers to be AntiFa propaganda. Normally, there could be numerous First Amendment concerns. However, Trump believes he and Barr have “already established the Constitution is just a suggestion.”

“If I wanna do it, I get to do it. Billy Bar says so,” Trump said, sticking his tongue out and blowing a raspberry, “so THERE!”

Trump gave everyone the finger, bent over, and farted at them, before heading back into the White House.

More: Trump Thought Secret Service Would Take Him Golfing When He Begged to Be Put in Bunker