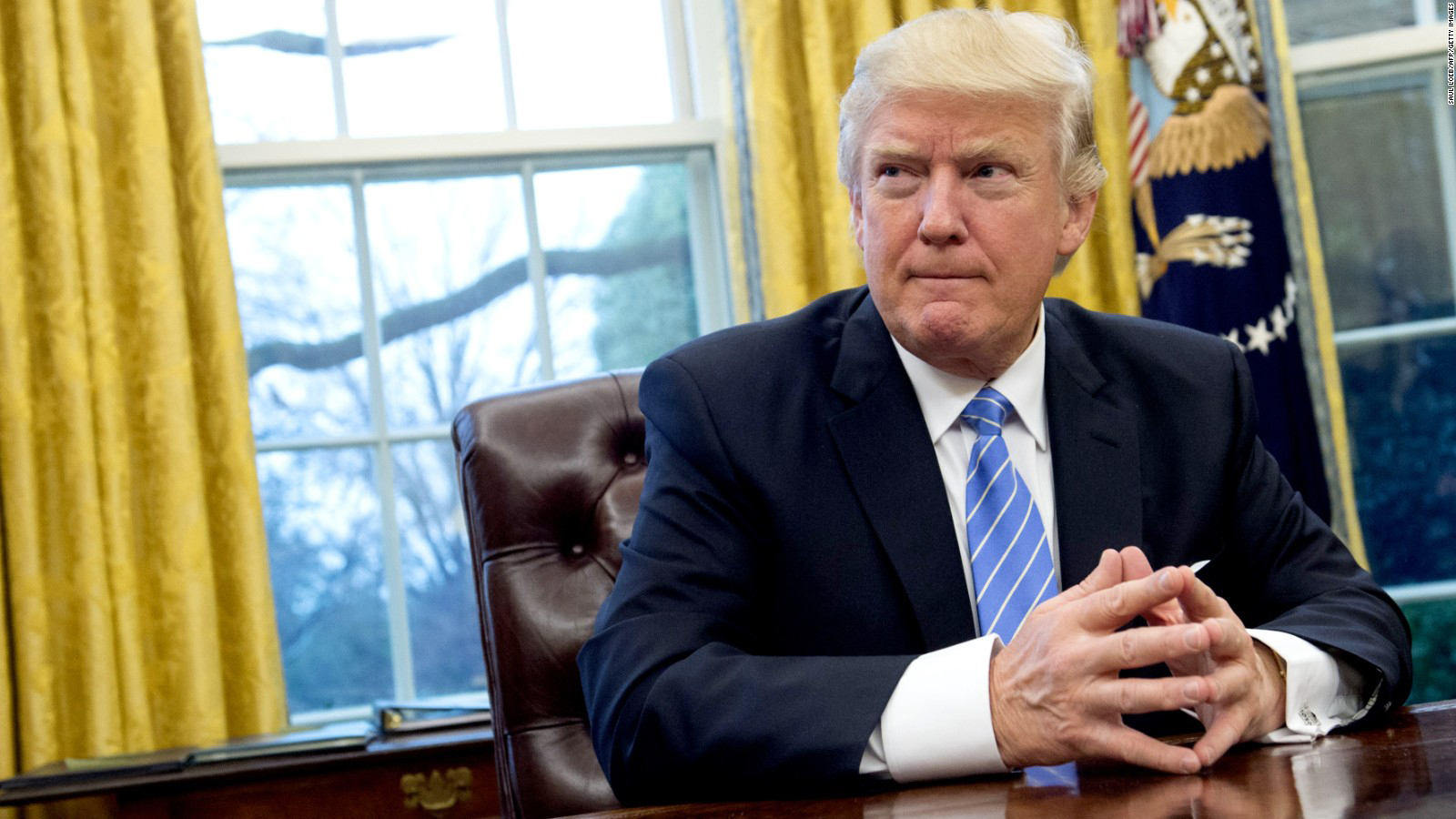 WASHINGTON, D.C. — Americans dining out are no longer permitted to speak or think freely, according to a new order signed by President Donald Trump.

In response to the growing public confrontations between his administration and average citizens at various eating establishments, Trump signed an executive order that makes restaurants, bars, and even food trucks “No Free Speech Zones.” Trump said the move is meant to shelter his administration from “opinions they don’t like” and “being reminded they work for all Americans not just the ones who voted” for him. As he scrawled his name in crayon over the order, he spoke.

“Folks, this is a bigly one, a really bigly one,” Trump said. “A lot of people have come to me and begged me to do something about all this free speech. Too much free speech, they say. Too many people saying things that hurt our sensibilities and directly challenge our narrow view of the world. Too many people coming up to them, telling them they disagree with our policies, as if they have that right, and I’m signing this order to take care of that little problem right here, and right now.”

Like his tariffs and Muslim ban, however, Trump’s order will have a few carve-outs.

“Chick-Fil-As are of course exempt from this order,” Trump said. “We wouldn’t want to keep our good, clean, ammo hoarding, God fearing, Christian patriot Americans from being able to express their one-dimensional, bigoted, ignorant opinions while enjoying some tasty fried chicken, would we?”

Tech company Yelp has expressed some concerns about this order already.

“As a company whose business model relies on honest opinions being expressed at restaurants, obviously we’re extremely worried about what this latest order of the president’s will do to our bottom line,” John Yelp, co-founder told reporters. “We’ll do our best to get through it, of course, but it’s still really worrying. We’d give this order one star and not recommend it to a friend.”

Trump said he was acting out of his “duty to uphold and protect [his] toadies.”

“I’m sorry, but I didn’t sign up for any dissenting opinions or free speech,” Trump said, “and we simply have to do something about these fully automatic mass free speech attacks on my boot-licking fascist groupies before someone’s feelings really get hurt.”

President Trump said he hopes to “create a safe space” for his cabinet so that they don’t “melt like snowflakes.”

“I’m tempted to call them cucks, but they’re on my team so I guess I need to act like I don’t insult people literally fifteen times a day and instead call for civility and decorum,” Trump said. “Or whatever, I don’t know, that’s what some dumb cunt or another told me. Who cares?”

“Now, let me tell you about why Maxine Waters is a total pig like Rosie and Pelosi, okay,” Trump asked.

Stephen Miller was last seen heading to the national archives with a sharpie, skipping and dancing all the way. This story is developing.