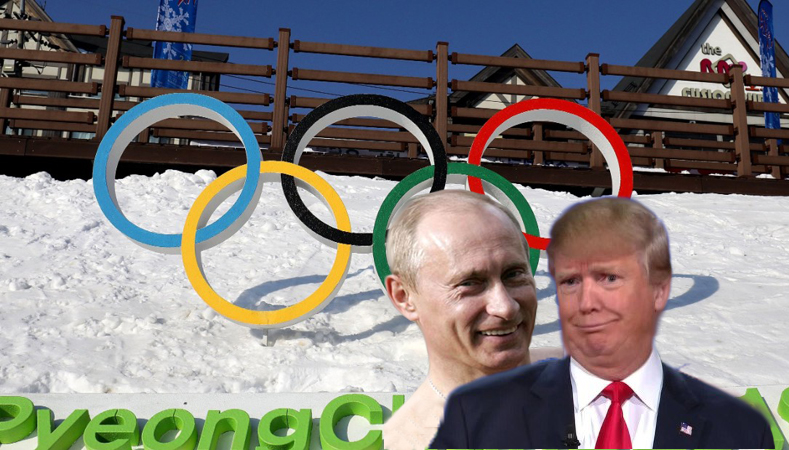 “Suspending Russia from the Winter Games next year was a clear and obvious overreach and signing this executive order will show Daddy — excuse me, President Putin, that America will not let his country be treated unfairly,” Trump told the media as he scrawled his big crayon across the pages. “I believe him. And besides, he told me they didn’t do it, so who are you going to believe — independently verified testing results or Daddy?”

The executive order comes in the wake of the International Olympic Committee officially banning Russia from its games next year. During the previous winter games, Russia had been accused by a number of athletes and organizations of taking part in government-sponsored blood doping. The practice has been barred for years by the IOC, and today they issued a statement banning athletes from playing under the Russian flag. However, the IOC did say that athletes who can test clean would be able to still participate, but under a neutral authority.

IOC president Thomas Bach and his board – who made the announcement in Lausanne on Tuesday – came to the decision after reading through the findings and recommendations of a 17-month investigation headed up by the former president of Switzerland, Samuel Schmid. (BBC)

Trump said his thinking was “crystal clear” on this decision.

“You’re loyal to people who help you out,” Trump said, “That’s all I gotta say to that. You dance with the girl that got you there.”

The president said that he had another option he was considering before he signed the order barring his country’s team from participating.

“I had an idea where we’d just give every Gold Medal we won to Russia,” Trump said. “But someone said the Kremlin might get confused because they’re the ones used to giving me gold. So we went with this, and I think every true, red-blooded American and Russian Twitter bot agrees — it’s the best idea in the history of humanity.”

The IOC was not able to be reached for comment.

Trump Voter Wants Taco Bell Shut Down For ‘Being Too Mexican’