WASHINGTON, D.C. — It’s a day that many in this country thought would never come, but nevertheless has arrived and given all Americans hope for the emergence of a new day, the dawning of a new era as with the stroke of two pens and a handshake, Donald Trump and Barack Obama have formally ended the War on Christmas.

Scholars aren’t quite sure exactly just when the Forces of Libtardia launched their first philosophical and literal bomb against Christmas. It’s only known that for decades armies of liberals have unrelentingly attacked Christmas, doing everything in their power to remove the holiday from the hearts and minds of Americans. Despite it still being a federal holiday, and despite it being such a hugely popular holiday that the retail shopping season for it now actually starts the night of Thanksgiving, many conservatives have long felt themselves as the underdogs in this war, and they have used their most powerful weapons — Laura Ingraham, Timothy Lahren, Sean Hannity, and former hosts Megyn Kelly and Bill O’Reilly — to stave off the attacks from liberals on the institution of Christmas.

“With this truce and treaty, our two sides can finally put an end to this conflict,” Trump said, scrawling his signature across a piece of paper. “As you all know, last year I ended Mr. Obama’s policy of imprisoning people for not saying, ‘Happy Holidays’ to each other, but I consider this to be my crowning achievement in the struggle to keep Christmas Great!”

Former President Obama said he was “delighted” to be in the White House again for such a momentous occasion.

“Donald, with this agreement, we can hopefully move the country toward reconciliation, but if not, there’s always room in my FEMA camps for people who don’t get with the program,” Obama said. “Emperor Soros sends his warmest regards, and says he looks forward to using the resources we’ve been assigning to the War on Christmas to force every woman to have at least six abortions a month.” 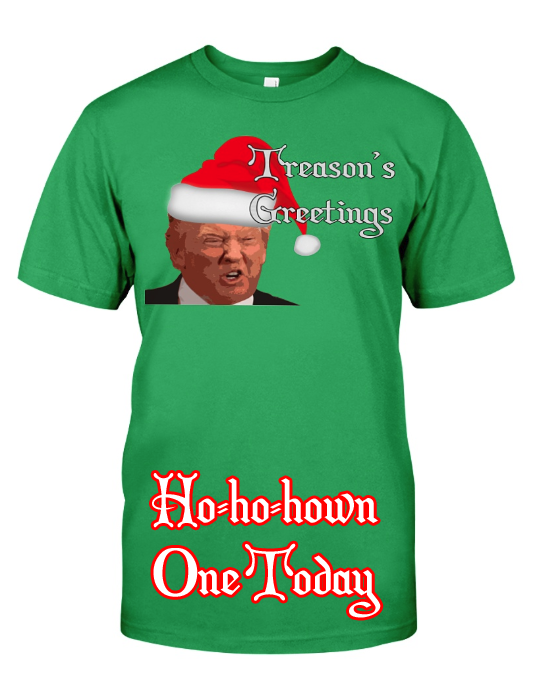 President Trump says that his administration will hold a ceremony on Christmas Eve for the soldiers who died during the war.

“My bone spurs may have kept me from fighting this war, but they damn sure won’t keep me from ending it,” Trump said, KFC dangling from his lips. “It will be my honor to remember all those who served and sacrificed in the name of the most popular holiday in America staying popular forever and ever and ever and ever.”